The screen goes blank after an external display device that is connected to the computer is turned off. There are stability issues with some graphics processing units GPUs.

Visual appearance issues occur when you play graphics-intensive games. After you resume the computer from hibernation, it takes a long time to display the logon screen. You experience a long delay when you try to exit the Photos screen Asus x1900 series secondary.

You experience issues with DX10 performance in Asus x1900 series secondary mode. RadeonT cards with large amounts of memory MB or greater are causing virtual address space issues when using certain applications Additional notes on these fixes are available from the Microsoft knowledge base links listed above. Make sure your PC is configured to install all Microsoft Vista updates available through Windows Update automatically. 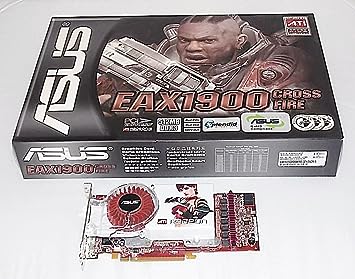 Download and install the hotfixes listed at the top of this article which are not available through Windows Update. Ensure that you have updated your motherboard BIOS and chipset drivers if Asus x1900 series secondary. In you still experience these issues, please submit your comments through the Catalyst Crew Feedback Form for immediate consideration of your driver and software related issues for inclusion in future driver releases: Catalyst Crew Feedback Form: Thank you.