The The penalty for the speedy introduction was half-baked drivers, however. Between and the number of graphics vendors who left the industry rose. January saw the release of the SiSa budget business-machine graphics card.

A single pixel pipeline saw to that. Performance was generally in the region of a GeForce 2 MX Gaming on a budget: But not even improved drivers and a reasonable feature set could offset the fact that it struggled to attain the performance level of the previous generation of cards from 3dfx, Nvidia and ATI. This cycle was repeated at the end of the year when the Savage launched.

These factors were starting to become crucial with game developers and 3dfx continued to disappoint by not delivering on their architectural and feature-set promises. March also saw Nvidia release the Riva TNT2, including the first of its Ultra branded boards with faster core and memory speeds, while Matrox unveiled the G series.

The ability to drive two monitors via twin display controllers called DualHead by Matrox started a multi-monitor support trend for the company. The secondary monitor in this case was limited to x resolution.

Matrox concentrated on the professional market from this point forward, with a brief return to the gaming market in with the Parhelia. Triple monitor support was not enough to offset inferior gaming performance and the new 3D Labs 3Dlabs Wildcat II PCI Lite of DirectX 9. The card had been announced months ago and was targeted at the professional user with an interest in gaming.

As such, 3DLabs prioritized 2D functionality over 3D, leveraging their professional graphics expertise which had been acquired in July from Dynamic Pictures, designers of the superlative Oxygen range of workstation cards. Unfortunately for 3DLabs, what was important for workstation graphics tended to be complex polygon modelling — usually at the expense of texture fill rate.

This was pretty much the reverse of gaming card requirements, where texturing and eye candy took precedence over elaborate wire frame modelling.

Overpriced and outperformed by TNT2 and Voodoo 3 in gaming scenarios, and not far enough ahead in workstation tasks to differentiate it from the competition, the Permedia 3 represented the last attempt by 3DLabs to build a card with gaming in mind. In late the company added AGP 4x support and a clock boost to the Rage to release the Pro variant of the card, which also featured video capture and TV-Out options.

Specification numbers were impressive, with the two chips each taking responsibility for rendering alternate frames and essentially halving the gaming workload between them.

It would be the first card to use this form of RAM. This engine allowed the graphics chip to undertake the heavily floating-point intensive calculations of transforming the 3D objects and scenes — and their associated lighting — into the 2D representation of the rendered image. 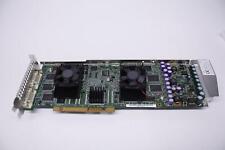 Previously, this computation was undertaken by the CPU, which could easily bottleneck with the workload, and tended to limit available detail. None of these achieved commercial functionality, however.

Originally, Wildcat products were built by Intense 3D. The board occupies the entire length of the ATX form factor, making the installation of stabilizers in the workstation case necessary. The Wildcat's ability to gobble up power is also impressive. The power supply and the motherboard have to be able to endure this kind of stress.